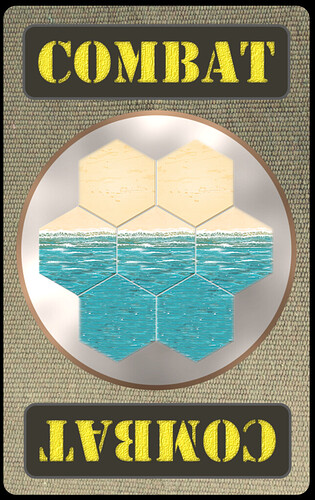 These are another unofficial set of Combat Cards that I discovered on Board Game Geek.
‘‘This deck of Beach Landing Combat Cards is designed to spice up your Memoir ’44 battles anywhere that battle is joined on the Beach. They follow the same rules as described in the Memoir ’44 expansion Through Jungle and Desert. These cards are not official and were not created with the permission of Days of Wonder.’’

The first 10 can be found in multiple Combat Card sets, number 11 is in the Desert set, 12 and 13 in the Jungle set, leaving numbers 14 and 15 as unique for Beach Landings. 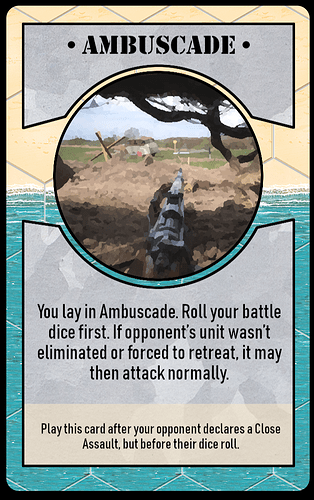 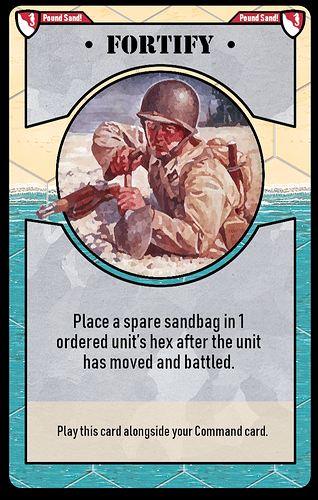 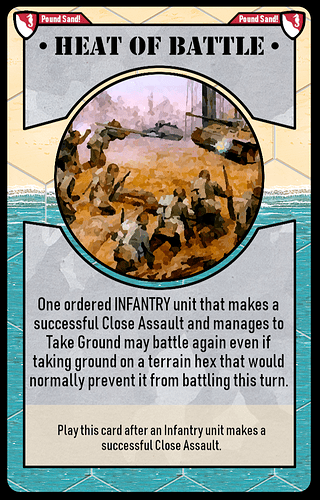 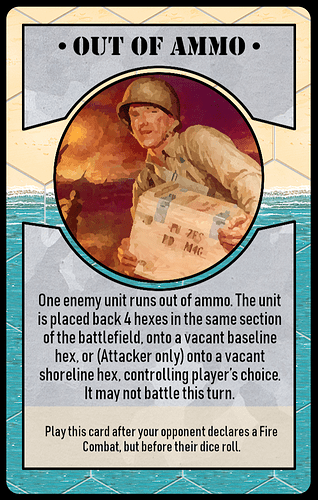 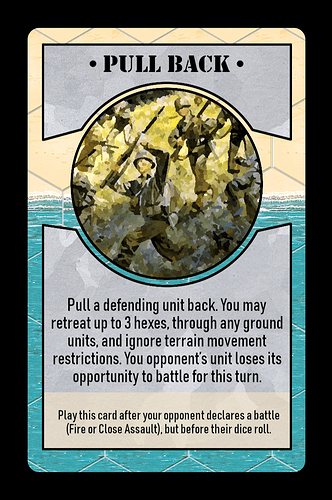 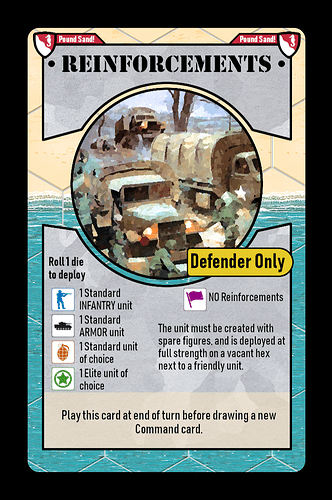 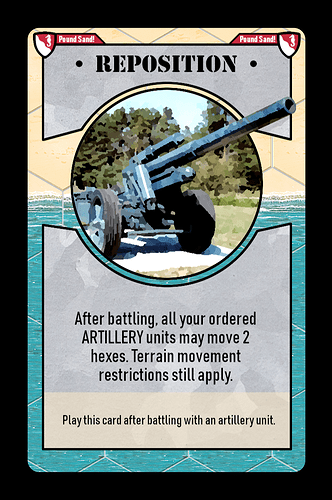 Unlike other Combat Card sets, this is for defenders only.

Unlike other sets, Reinforcements here is only for defenders. 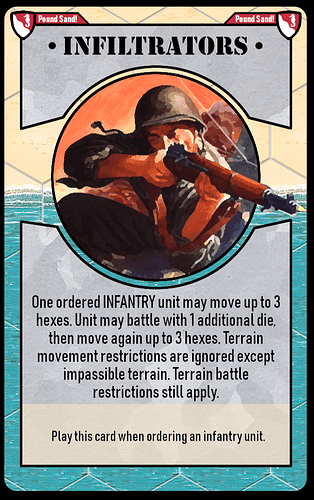 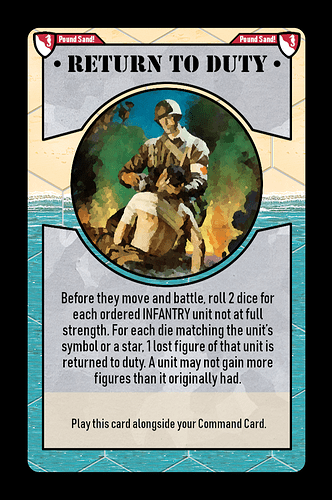 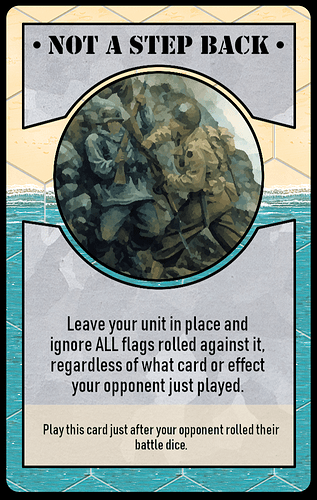 11 Sand in the engine 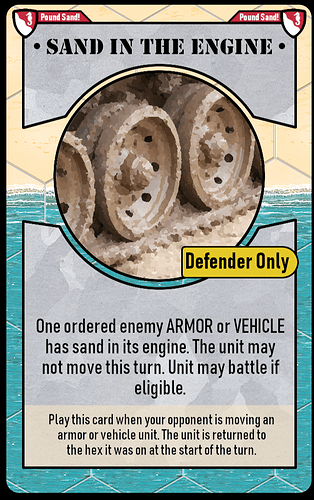 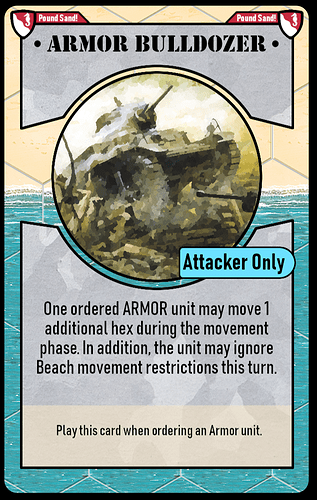 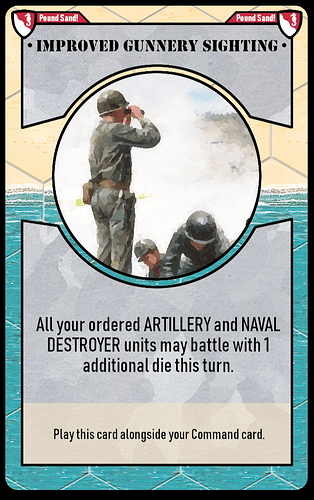 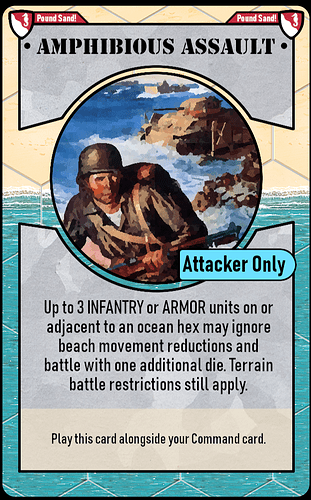 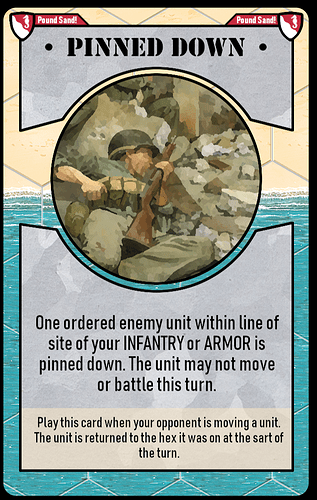 What does that mean? Who is a “defender”? Its played on your own turn, soooo…?

Additionally, what is the “Pound Sand” tactic? Assuming there is one…

You are the defender when your opponent moves/attacks.
So, let’s say I am playing against you, and it is my turn to move. I play a card and move a unit, but then you (as the defender) can play this combat card (15 Pinned down) to stop me and send my unit back to where it started.
There are a number of Combat Cards like this where the defender can stop or effect the attackers move. Examples are Out of Ammo, Out of Fuel, and Sand in the Engine (11, above).
I think ‘pound sand’ refers to the fact that these are Beach Landing cards. However, like many of them, it can also be used in all other scenarios, not just on the beach.