*there is a first scenario by NickyC2, plus an Overlord version.

Historical background
On May 20, around 16:15, the German paratroopers arrived at the town of Rethymnon. The Greeks there were in dire need of proper supplies, and thus, had a hard time fighting back effectively. Nonetheless, the Germans managed to capture their objectives, but it was only a short while before a Greek counter-attack drove them away. The Germans then turned to bombing runs. These were very effective, but still didn’t help the infantry achieve their goal. The one success the Germans had was when they were able to push the New Zealanders back from Hill 107. After this failed attack, they piled the rest of the troops that the Germans had into Maleme airfield. It paid off the second time, and the German forces headed down to Rethymnon, and choked the Allies stationed there. They surrendered on May 30.

Rethymnon and Hill 107 are temporary medals for the Axis.

Special Rules
Before the start, the Axis have an airdrop. Drop 3 Infantry figures from 12 inches above the battlefield. A figure which falls of the board or lands in a hex with another friendly or enemy unit, is out of the game (no medal). If the unit landed safely, add 3 more figures and it is ready for action.

Report
Set up time 12 minutes, playing time 40 minutes.
Another great scenario, really quick to set up, much more varied than it first looks.
Set up: 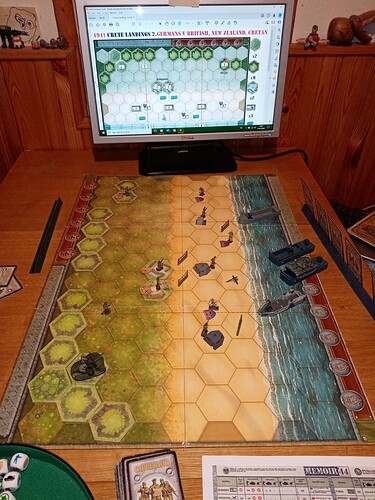 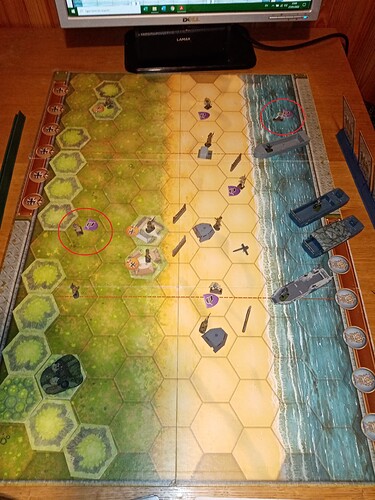 The biggest problem for the Germans was the cards – see photo 3. Dig-In is of no use, and the remaining 4 cards are all on the left, where they have only 1 of their 8 units! This meant they got completely stuck on the beach, picked off by the Allied artillery and bunkers. 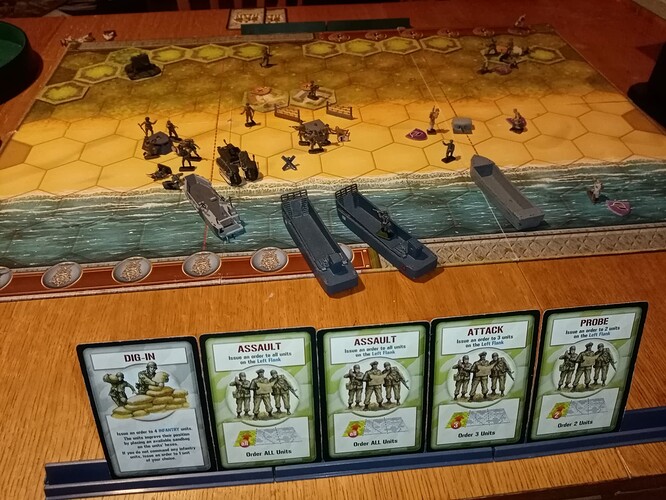 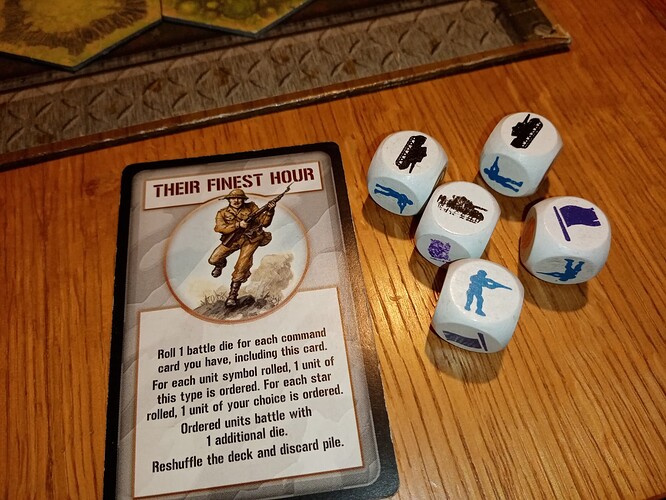 – not what you want when you have all infantry and 1 artillery!
And then… the Germans played Counter Attack! Surely that would win it, but again, only one dice was good and it failed.
The Allied artillery finished off the battle with the decisive move, 5:4. 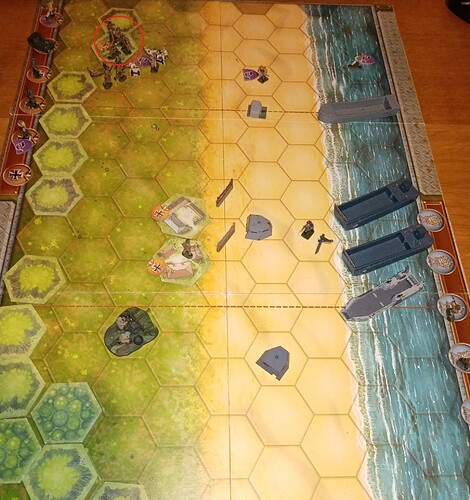 Another saving grace for the Allies was Medics and Mechanics, which fully restore the unit on Hill 107 - cirlced in red in the last photo. The German paras were so close to taking the Hill and the game.

So, a really enjoyable scenario - quick to set up, unpredictable, and great fun.

1 Like
1941 Crete Landings Overlord; Germans v British, New Zealand, Cretan
What stops you from playing? (and how can we resolve that?)