I’ve been looking out for reviews for this expansion primarily because the old Air Power pack is long out of print and I really wanted to see how Aircraft fit in with the base game and with the expansions I currently own (Mediterranean Theater and Eastern Front).

Some of the reviews mention what’s in the box and how it felt to play with the expansion, but this was the first review video I saw where the reviewer doesn’t assume you own every expansion released so far, which is useful for people like me who started playing the franchise not long ago. Here’s the video: 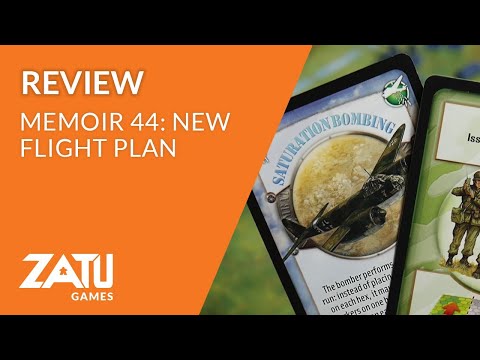 I also thought it was a great value to be able to sit through one play in the base game, Omaha Beach, using this new expansion. Also includes some thorough explanation of some of the cards and rules used in the expansion. This was posted by Greg Young on YouTube, one of the most active members on the facebook group: 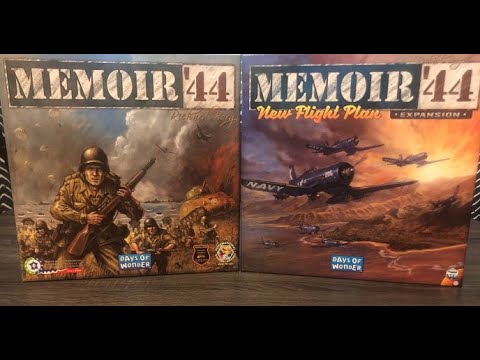 Unfortunately this play through has several errors regarding New Flight Plan rules and may give a false impression of its play. One error in particular; you cannot do a strafing attack on units that are not contiguous and adjacent. The video demonstrates this error by the US Bomber skipping hexes at minutes 25:20-25:42

The hexes where the markers are placed must be adjacent and contiguous hexes.

Otherwise it is good to see the cards and other game elements being used.

Otherwise it is good to see the cards and other game elements being used.

Exactly why I posted it here

I was on the fence about purchasing the expansion after hearing some not so great things about the original Air Pack, and I wondered whether this would be a significant improvement. Seeing the play-through, I like how it can be able to balance a scenario that may be heavily inclined to benefit one scenario (Omaha Beach favours the Germans, in this case). For that reason, the miniatures and the Air Cards I thought it was a good idea to buy it!