This was my first fight on the Eastern Front and I played the russians in what was a very intense fight. The finish had a deadly roadblock that quickly took out 2 of my units, but being firmly entrenched in Suomussalmi gave me a good fighting chance against an advancing oponent. This was the final result, where the Russians lost 6-5: 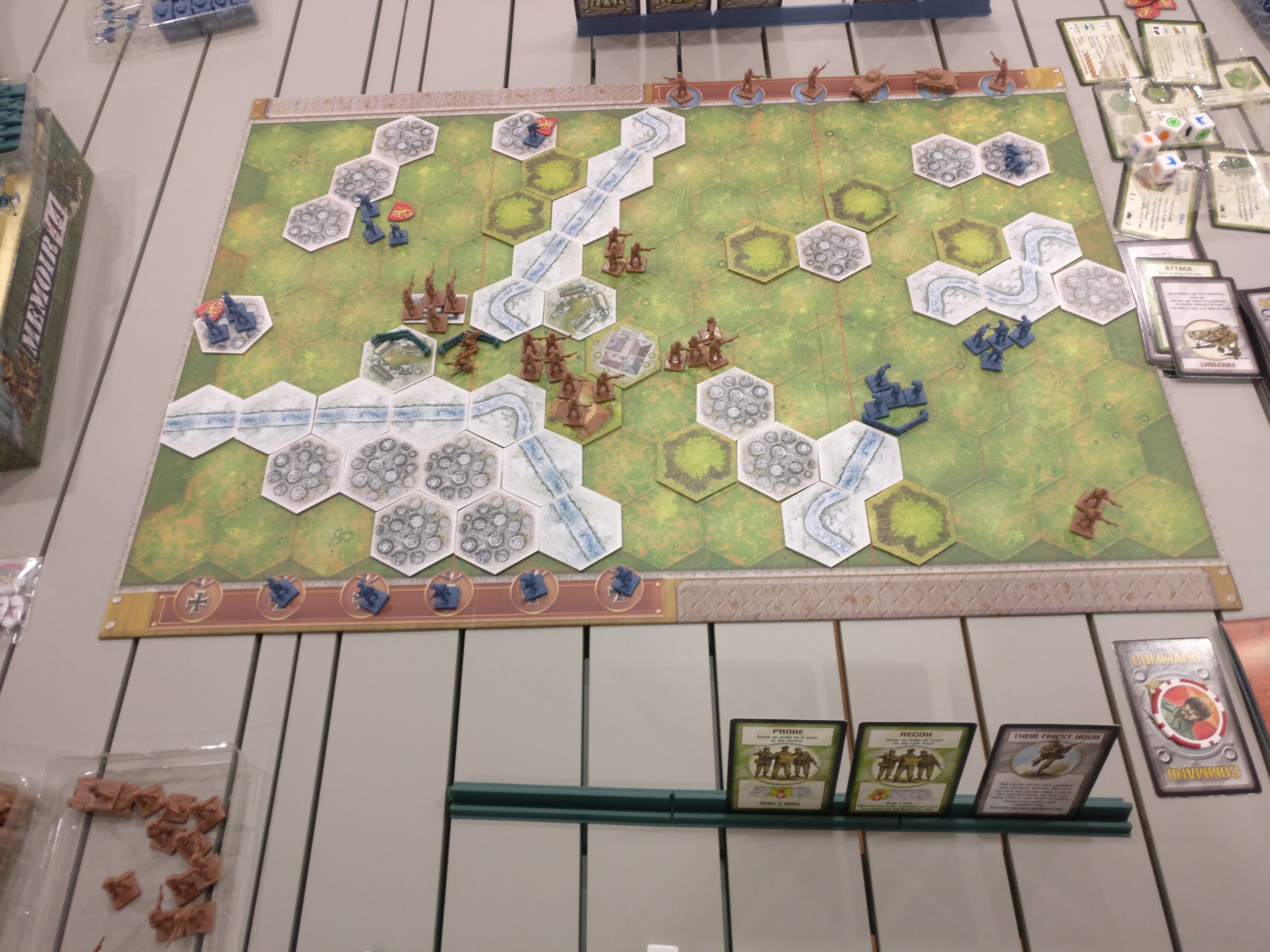 I still need to get my winter/desert board. I liked this scenario a lot because of the intense fighting. In the later stages of the game we were each scoring 1-2 medals per turn, passing each other multiple times on the way to the finish line.

There were plenty of new things in this one, including the Finnish Ski Troops, the Comissar mechanic and new terrain that made the game seem fresh. Playing a command card in advance is a fun challenge playing the Russians and I thoroughly enjoyed it! Thanks @guilherme for grabbing a solid win against me

This was a really interesting scenario. It is indeed a really balanced one and my first win!

The Russians seemed to have an advantage by controlling the center of the board, while the Finnish troops where more scattered, but the Ski troops are really powerful and fun to play with.