Summary Cards - is there any reason to have them different for each player?

I am putting together a program that will add Summary Cards to an already created map image in the style of the Battle Maps, but would like the opinion of others in the community on a couple of aspects of it. At the moment it looks like this:

Currently it prints the same set of cards for both players. Can anyone envisage circumstances where it might be more useful to have different cards for each player ?
Also, it is limited to one row of cards per side. This gives room for 7 on a Standard/Breakthrough board and 14 on Overlord. I know that there are some some scenarios with a lot of different terrain &c. but does anyone think that multiple rows would be a useful feature ?
Thanks for your time and any feedback.

Well I love the idea of your program as it makes printing the terrain directly on the scenario maps. This would make a suitable piece of plexiglass or even museum glass a viable accessory and then we’re all one step away from using croupier sticks which would be especially cool. I’ve also been printing some boards (Age of Steam) out and laminating them so they fold up in a thin package, plus no need for the plexiglass, etc.

I cannot answer your question on summary cards other to say that the standard board would accept two rows, but then again might not need as many summary cards. The main thing to me is the convenience of not having to hunt through summary cards for what you need which is much more of an issue once you get into the bigger scenarios when you have all 100 plus summary cards.

I would try to standardize your maps so plexiglass might even cover a double map overthrough scenario. You don’t have to copy the exact sizes of the production copies, but it should be consistent. It may just be best to print out an extra player aid you store with the map that has the cards or the information rather than add an extra row. I have to say I don’t love the idea of two rows, especially if this information is forced to the edge of the table where you have to look straight down (poor ergonomics.)

In the end I’m not sure of the efficacy (as in printing costs and time) of your map project, but I do like the idea of a smooth playing surface with no terrain tiles that does not require one to hunt through summary cards to boot. I’m very far from an experienced player, but I think the advantage is strongest with larger maps that are onerous to set up with terrain tiles and experienced players do love overthrough scenarios.

Thanks for your thoughts, @Meles.
I have already made a different program which generates the maps from Scenario Editor files, and this is intended as a supplement to that.(I may even integrate the two at some point.)
The idea behind this is turn to an image from the map printer from:

Les Cadets de Saumur_cartes720×314 128 KB
I agree that it is most useful for the larger formats, although some regular ones have a lot off different terrain &c. .
I have made player aids for some scenarios, but if I’m going to the trouble of printing the map it is just easier to have them integrated. I wouldn’t expect too much need for a double row of cards for most scenarios, but always try to make this as general purpose as possible. I also think that 2 rows might be too much but might be needed on a very crowded Breakthrough board.
This also gives rise, I suppose, to another question. If the cards do not fill the entire board width, would it be better to have white space either to the sides of the cards or between them, or just repeat some of them ?
Thanks for your input,
Kian
2 Likes
Meles July 22, 2022, 12:08pm #4

I would vote for some kind of player Aid And this might be a good source Of ideas As it has been recently updated with the new flight plan. Perhaps some rules summary cards and play aids in card size chunks. 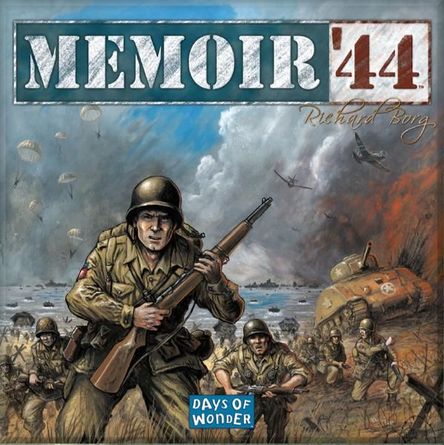 I gather that memoir 44 is a simple game that is complex in play And I’ve heard comparisons to chess. (See the book written on memoir 44.) So perhaps these alternate cards need to be a convenient so you’re not shuffling through all books Such as new flight plan. somehow you rank these cards and then automatically place them in order of importance With an option to print out the extra cards on a sheet. So you have a custom reference for the scenario. I almost say skew things so the most advanced cards are printed with the board and then newer players may print out additional sheets order. If some information is universal then maybe those are never printed on the map and you have a universal reference card sheet. So in the end I guess I’m suggesting a customizable comprehensive player aid system, the most important of which would which would be printed out in the empty slots for summary cards. I suppose the beauty of these type of player cards would be that it would be possible to program the appropriate ones to come up Rather than having to rewrite rules for every single scenario map.

I’m new enough to the game that I’ve only heard and read about the scenario Editor and I’ve not touched it. I just got 4 Printer cartridges off of ebay for like $20 and I’m ready to rollout.

My holy grail project would be to print out D-day landings But that’s precisely the size of map that shouldn’t have Additional real estate taken up By summary cards. My 2nd game was Moyland Woods So I’m dumb enough to play larger scenarios right out of the gate. And for the record I’m dumb and I had to have a comprehensive collection with multiple copies of many of the expansions as prescribed. I don’t have any of the out of print items Nor campaign book volume 2. In shortI have enough to do any scenario Up through half of D-day landings. I have not played the game solo but that is next on the agenda so I can toy With the more sprawling scenarios.