Here is an official scenario that I found to be pretty interesting. Was posted on facebook as having come out in 2005 in printed form in issue 137 of Fire and Movement magazine. The scenario was created by Richard Borg (creator of the game). People said it’s a fierce fight and a tough one for the allies, so you might want to give this one a try.

Certainly looks interesting given the 4 (four!) bridges and the rest of the terrain! 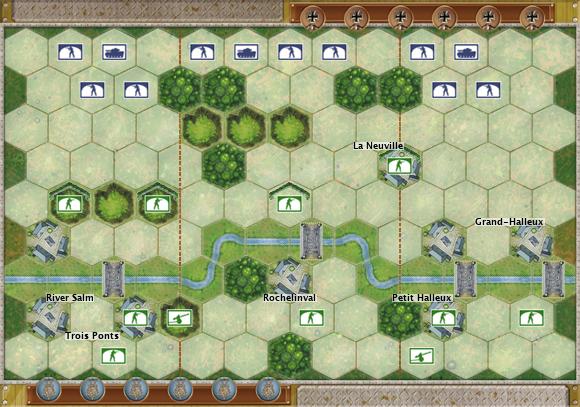