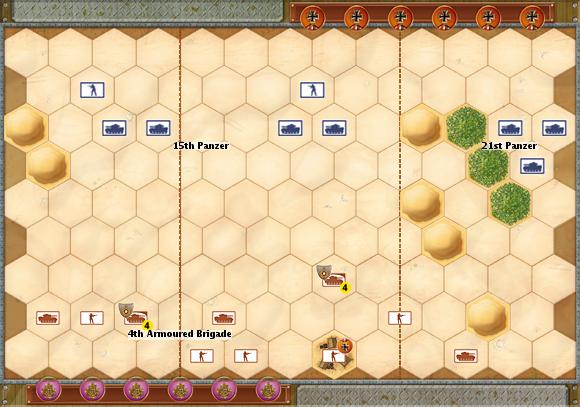 I played this scenario as the Axis yesterday and won 5-3. My opponent was quite lucky with her dice and seemed like every roll was deadly! Alas, little could be done after I put my tanks on hills and forests and started shooting. Here’s a picture of the final state: 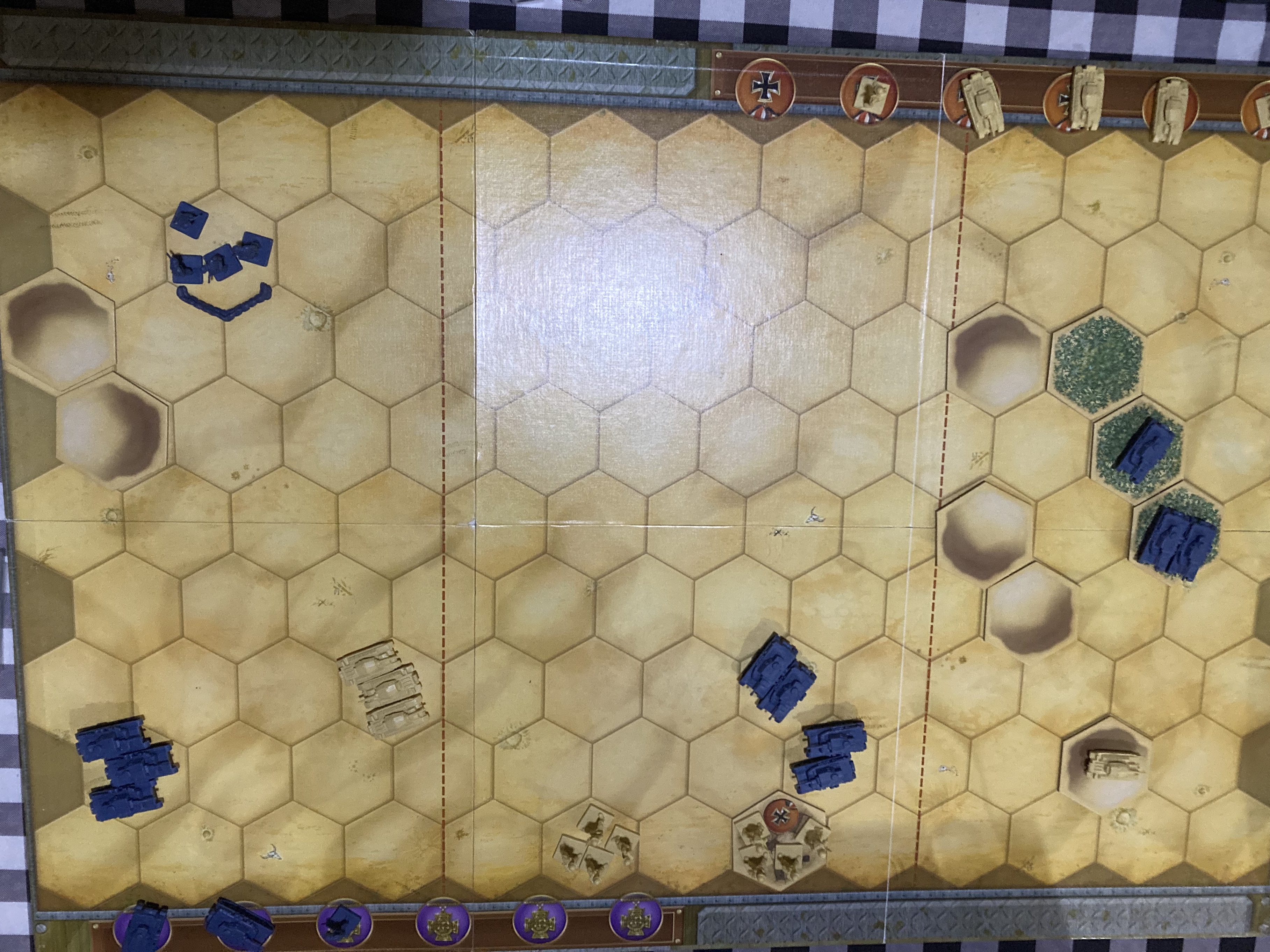 This is a very cool scenario because it’s simple and involves very little terrain rules, I might start using it to teach new players how to play!

I tried this scenario on Memoir 44 Online and it was pretty fun. I think the germans may have a slight advantage over the brits as I never saw them win

Thanks to some tips from @mzungu, I now check the scenario battle reports, and it seems out of 211 battles, 64% of them were won by the Germans. A bit unbalanced, but this is why I advise people to play the same scenario twice in a row, switching sides

I have just found some old notes from when I played this scenario solo many years ago.

Set up: quick
Game time: quick
Another great RBorg desert scenario.
If you want a good tank battle, this is for you.
I played three times, with the Axis winning 7-1, 6-2, and 5-2 (if I am in the middle of a move when the winning medal count is reached (5 in this case) I still carry on until the end of the move - hence the strange scores!).
German tanks were overpowering, although they did always lose quite a lot of individuals along the way.

Quick to set up and play.
Great solo scenario.