This is just a quick video I made unboxing the last army pack I was missing, Pacific Theater. I was quite surprised to find that only half of the amount of tanks are included compared to the other armies, so you also might want to look out for that. 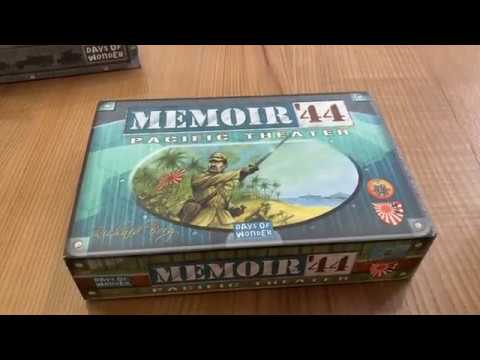 Although there are fewer tanks, there are more soldiers. Most army packs come with 40-42 soldiers, but the Japanese have 48 soldiers.

I knew it had to be some sort of compromise. I also considered that the Japanese might not have had that many armored units to deploy in WWII, and this was Days of Wonder’s way to emulate that.

Most army packs come with 40-42 soldiers, but the Japanese have 48 soldiers.

48 soldiers are 12 squads, that’s a lot! You can only build 10 squads with the other army packs. Come to think of it, looking at all the scenarios where the Japanese are entrenched and defending, it really makes sense for these to be infantry only battles given the rough terrain.