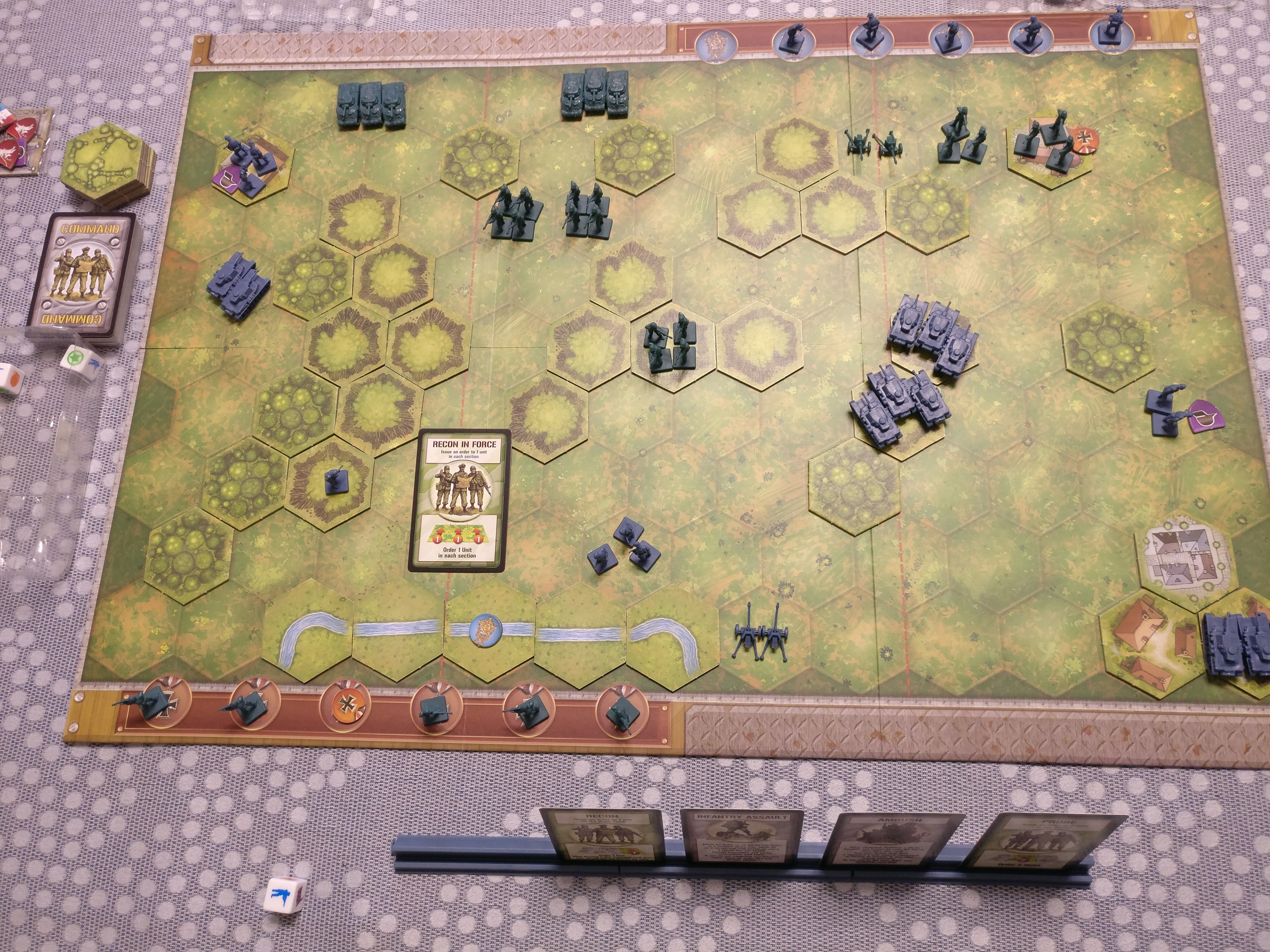 After a bad start by the Axis, the Allies rushed to pick 3 medals from the weekened German infantry (only 3 units per hex according to scenario description). Luck was on their side though, as a well timed Firefight card along with some epic dice rolls, the battle turned to their side. The Allies failed to secure the Rhone river while the Germans were wiped out when trying to take Bonlieu. Axis won 6-5.

These scenarios from the core game are a joy to play when you want a quick game. 20-30 minutes. Years ago I began to upgrade them to Breaktrhough mode by replicating terrain, adding more of it, and adding balanced number of units… eg. Give the Axis 3 more infantry units, then give the Allies 3 more infantry units, etc… this is another way to spice things up and get extra value and extra fun from these classic scenarios.

For me it’s not really a matter of getting in a quick game, it’s just that I only have the base game so far!

I really like the relatively short games, but I have a feeling that I’ll like breakthrough and overlord even more. On the other side, I also love the historical aspect of M’44, getting to know more about the battles that we fight on the board, etc. so I’m happy to go through all of the scenarios and switch sides. So far I have been playing on the Axis side and I also noticed that some scenarios put one side in advantage. There is also some replay value to be had when reversing sides.

I’m thinking of getting my first expansion next month, but I want to get opinions on what to get before I pull the trigger (maybe for a separate topic…)