Memoir '44 on Board Game Arena

Memoir '44 is getting closer to BETA on BGA, and I’m looking forward to being able to virtually toss some dice against some of y’all!

Looking forward to this. How do I learn more about BGA?

There is an app for Android. Create an account, play games for free. I’m assuming Memoir '44 will require premium membership, but a premium member can invite a free member to play premium games.

I’m not sure when it will go from Alpha testing to Beta testing, but it’s a great implementation that includes Eastern Front and Mediterranean Theater expansions. 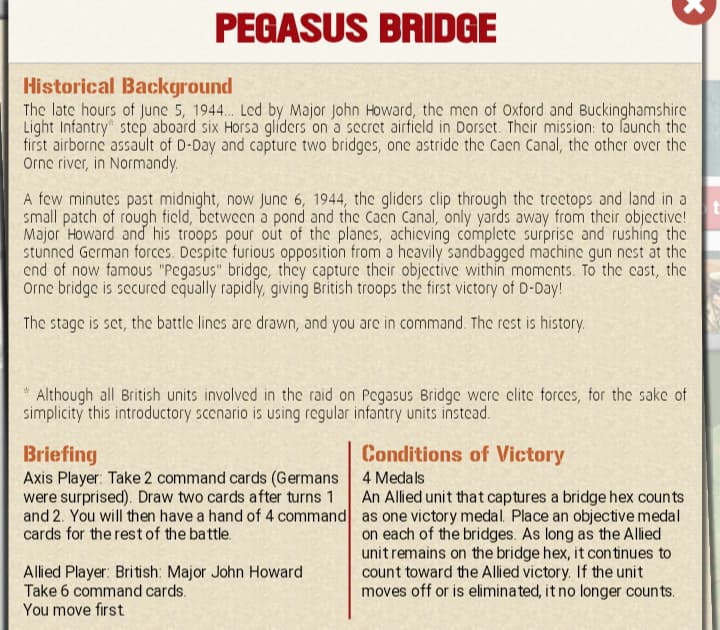 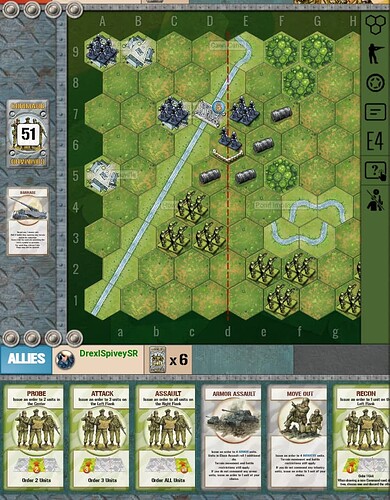 This is a really good way to play the game, definitely not as nice to look at as having it on the table, but would highly recommend!

I have played on Board Game Arena and found the Memoir 44 Alpha version to be pretty wonky(could not see the whole board without scrolling, didn’t know about RECON-1 rule and picked the wrong card, etc.) I am a great fan and advocate of Memoir '44 on Vassal which has a much easier to use interface and NO automation to create bugs and problems.

Also future usable adaptions on BGA, will probably eventually have a financial cost to access any decent features whereas VASSAL is completely free.

I did the same thing with RECON-1, I selected the card I wanted to keep but the prompt asks you to select the card you want to discard. That should probably be reversed. I also clicked “attacks done” with attacks remaining assuming it was a “confirm” prompt. Provided feedback.

I looked into VASSAL and Steam implementations, but since my only PC is a mobile device, the BGA implementation is the best (only) fit.

You make a good point regarding only having a mobile to use. Yes it may be the best for that.