Hello again everyone - I’ve been making the most of the time I’ve gained from Covid19 by producing another campaign.

Recreate operation VARSITY the largest single-day airdrop of the war.

Within four hours over 17,000 allied airborne troops were landed into the heart of Nazi Germany.

’Not in the course of the entire war had enemy units offered more bitter resitance, as did the German Fallschirmjägers during the fight for the Rhineland.'

This campaign of six scenarios, including one Breakthrough, was inspired by James M Fenelon’s book ‘Four Hours of Fury’ (highly recommended) which covers Operation VARSITY - the largest single-day airdrop of the war. The book focuses particularly on the story of the US 17th Airborne and so you’ll find a prelude scenario covering their first action in the Ardennes, but also scenarios covering the build up (Operation VERITABLE) and the efforts of the British Airborne during VARSITY.

I hope you’ll find plenty of interesting history and small stories in what I’ve written up as well as some really fun scenarios. There’s a mix of styles, with some using the paradrop action for a bit more chaos and some being entirely pre-set up.

I’ve also created victory events, score sheets and a whole load of ‘What If’ event rolls you could elect to use if you are playing through the whole campaign - if not give them a read out of interest!

You can access the whole campaign, with score sheets, ‘What If’ event rolls, campaign rules and some special unit rules in a ready-to-print PDF here:

The individual scenarios are online here:

1. Protecting the Flanks Out of Bastogne

I hope some of you find the time to enjoy it. If you do, please let me know what you think - I’d love to hear any battle reports or experiences playing any of the scenarios.

Thanks, I have a couple of properly printed and stapled copies of this if anyone prefers their Memoir 44 stuff on paper like I do. Message me if interested.

The campaign looks awesome. I especially like the “What if?” die rolls, but the paradrops are always cool as well!

I have a question: how did you make the page layout inverted? Normally in Community made campaigns and scenarios always has the same format, type of terrain in the right, photo in the left. This is not useful for printing because it means that the page border with metal pattern will always be to the right, and it should be to the left on one side and to the right on the other. Not sure I’m making any sense, but hopefully you’ll know what I’m talking about.

A lot of faffing in photoshop!

I can send you a template of an edited one if you like and then you can copy your own map images and text over the top.

I had a lot of fun coming up with the What If rolls and they help you understand the broader history a bit more.

I enjoy the paradrops too, but used them in only half of the scenarios because they can also increase the randomness so I thought I’d keep a mix of scenarios in there.

Looks really cool! Can’t believe how much effort you put in designing the thing. Never played a campaign before, but might give this a try.

Welcome to the Forum grant! It definitely seems like a hard task to create a fun scenario, let alone a bunch of them plus a story that ties them together! I love community made campaigns. There are a bunch of them and you’ll get to see more of them here

I have a couple of properly printed and stapled copies of this if anyone prefers their Memoir 44 stuff on paper like I do. Message me if interested.

I messaged Sam and he was kind enough to ship me both of his campaigns in printed form, I just had to pay for shipping. They look really great and are printed in thick paper. Can’t wait to try ou the airdrop scenarios!! 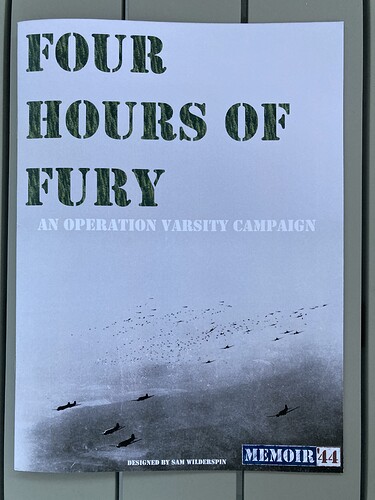 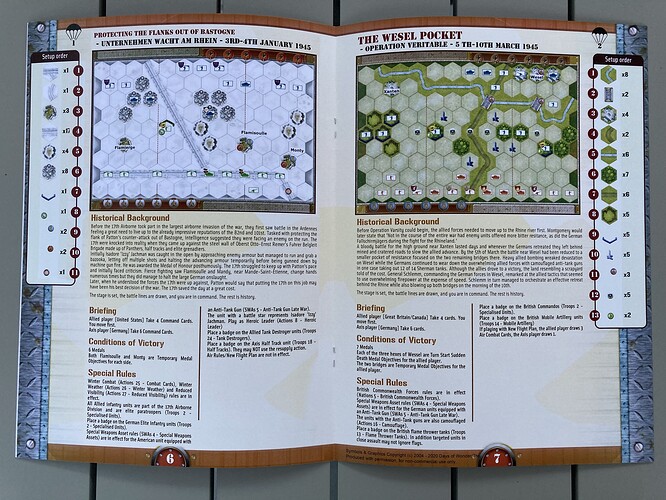