I think it’s very important to keep new players updated on what to buy taking into account the current status of reprints. It’s a situation that fluctuates greatly over time, so the 10+ year-old content that I find about Memoir '44 needs continued validation from players.

BoardGames4K just published a new video where they leave out most of the stuff that is long out of print, like the campaign books, but delves a bit deep into the buying order for the expansions, which I found interesting since the order didn’t really match my own. 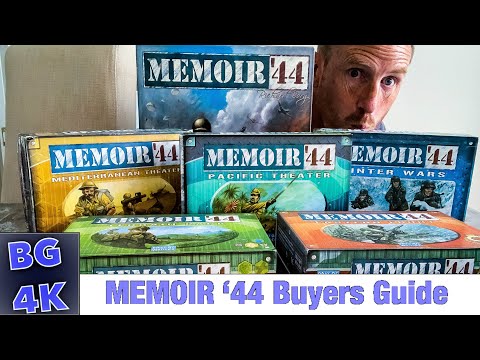 In my case I played through the original scenarios and after realizing how much I liked it and getting Mediterranean Theater as a gift, I got the Winter Desert board and then Eastern Front, Winter Wars and the Terrain Pack. I finally caved in and got the New Flight Plan after that.

As far as I know there isn’t a official way to get the campaign book 2. And I couldn’t point you anywhere else either

Ok. Pitty. I managed to get hold of vol 1 so I assumed it was the same with vol 2.

Thank you for the quick reply.
//Mårten

Someone on the facebook group told me there was a PDF version online somewhere but, since they already had it in printed form they didn’t have it. I went looking for that PDF, spent some time on it but I didn’t find anything.

I bought the first Campaign Book in digital format, and I think it’s only a matter of time before they make the second volume available for purchase. You can send the PDF to a printing company and have it come out something like this.

If you really want the original printed one, you can find copies on Board Game Geek, but be prepared to spend a large sum of money.

I bought the second campaign book at a premium. Nice to have but first book which I got from DoW website much better content AND much cheaper. Of course if you are a collector tough to resist.