A visualization of the fallen of WW2 (civilian + military casualties)

I know YouTube videos are free, but recently I stumbled across this video which I would almost certainly pay some amount for given its amazing use of graphics to visualize the casualties of WW2. It received several distinctions and even has it’s dedicated website, fallen.io, to allow users to interact with some of the more important graphics. 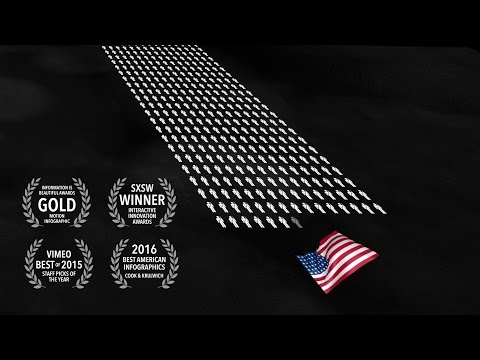 What a great video. Animations and narration are just perfect. I see some comments about the usage of “Nazi soldiers” instead of “German soldiers” which makes total sense.

Welcome to the forum Juan! I’m glad you enjoyed it

There seems to be a problem with the “Nazi soldiers” term, which the author also addresses in the comments himself. Apparently he made versions of this film in other languages, and those other languages refer to the german army soldiers as german instead of nazis. I was also a bit concerned this would spark some controversy but I think the author handled it gracefully

Totally offtopic with Memoir itself but the “Nazi” controversy brought this sketch to my mind:

The forum isn’t restricted to Memoir '44 itself.

In fact I think Memoir '44 and other WW2 related content go hand in hand, so there is no problem posting historical content, even if in satire form!

Really seems like a good way to provide some comic relief when addressing a heavy topic such as WW2. A good addition indeed