Historical Background:
During the second battle for Cyrenaica, Rommel’s Afrika Korps attacks and soon manages to cut off the 1st British Armoured Division from its rear with the help from Kampfgruppe Marcks’ advance toward Saunnu. But on January 23, Kampfgruppe Marcks leaves Saunnu toward El Grara, even though the bulk of 21st Army has not yet managed to catch up with them!
The British armoured columns seize the occasion and attempt to rush through the gap now opened between the Kampfgruppe and 21st Army. Many scattered small-scaled engagements ensue in the desert between Antelat and Saunnu. Afrika Korps finally manages to close the breach by nightfall, but some elements of the 1st British Armoured Division have already successfully escaped, with most of their equipment left behind.
Briefing:
Axis 5 Command cards; move first. Allied 5 Command cards
Conditions of Victory:
7 Medals. Exit markers are in effect on the portion of the Axis baseline in between the 2 Exit markers, for the Allied forces.
Special Rules:
North African Desert Rules (Actions 9).
British Commonwealth Forces command rules (Nation 5).
If the Allied player draws the Air Power card, he must discard it and draw another card instead.
Scenario link

Another great scenario from jdrommel. Easy set up and simple rules mean that you get going very quickly. 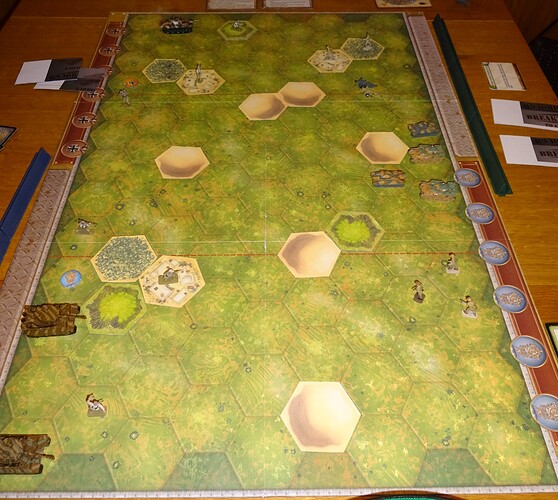 It is tempting for the Allies (me!) to send their tanks straight to the Exit route, but 7 medals are needed, so they would either have to pick up the other 3 on the way, or hope that some of their infantry get through too.
In the end, none of my units needed to get through - thanks to good cards and great dice I destroyed 7 German units on the way.
(Sorry, this second photo doesn’t show the ending clearly because some of the pieces had been tidied up before I could take it!) 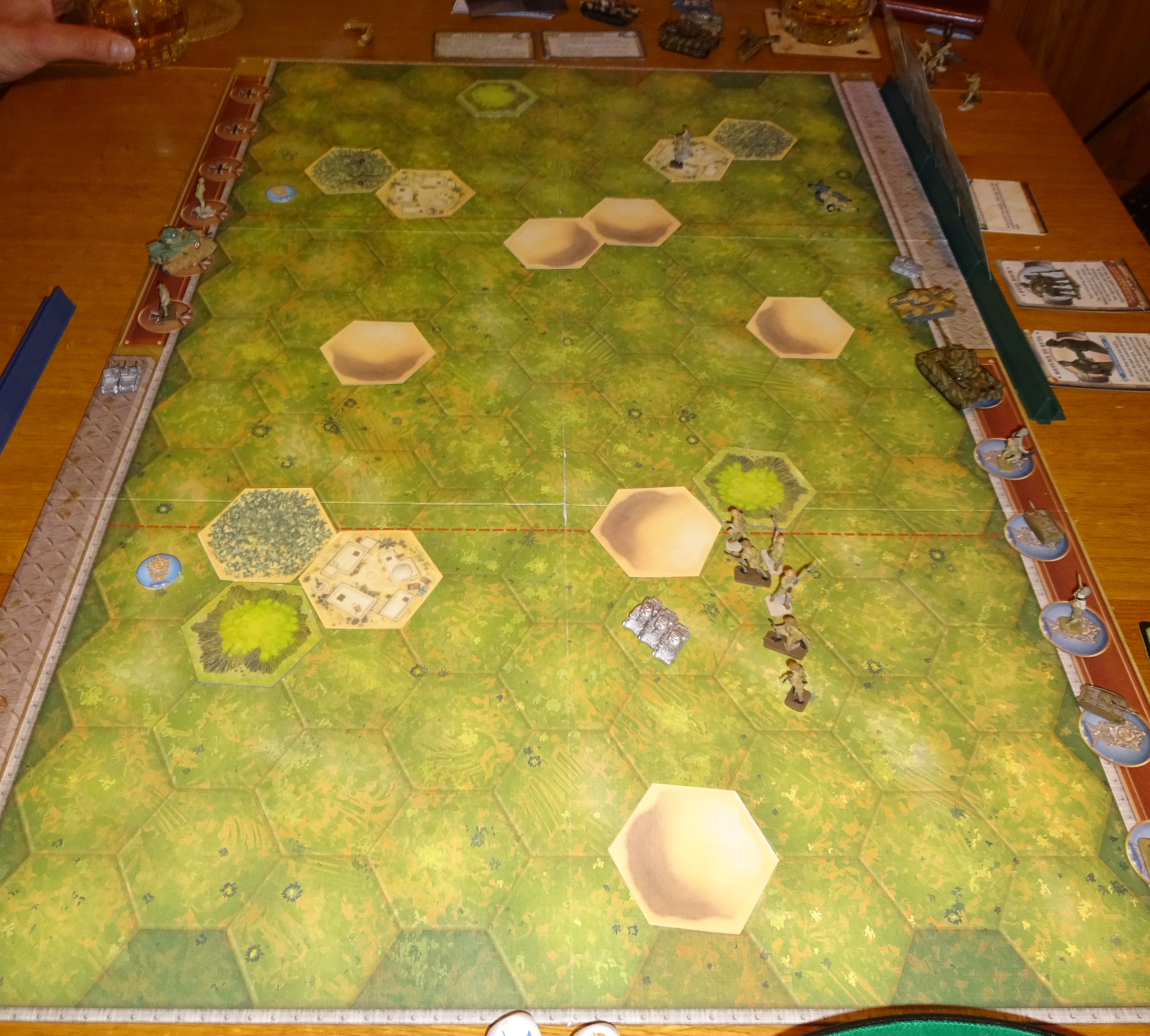 This is a good old-fashioned fight between tanks, infantry, and artillery. Easy to set up and a relatively quick game.

1 Like
Hi all from Spain, and silly concerns I guess