Historical Background
The capture of Rethymnon airfield has failed and the Kampfgruppe of Major Kroh has to fall back to the olive oil factory near Stavromenos. The German paratroopers entrenched themselves in the factory in order to resist to the repeated attacks of the 19th Australian Brigade of Colonel Campbell. But Major Kroh decided to counter attack as well and sent a battle group to capture the village of Kimari. This offensive action forced the Allied troops to stay in Rethymnon instead to reinforce the Maleme sector where the decisive battle was going through.

Report
20 minutes to set up, 30 minutes to play.
A quick moving and exciting scenario which could have gone either way, but the Germans suffered from terrible dice at the beginning and were always on the back foot, eventually losing 6-3. But both sides had high losses, especially from the battle for the factory itself, and it was 3-3 at one stage. The Germans seem to be at a disadvantage in this scenario, with 7 units to 10, one unit isolated, and their medal objective a long way distant. 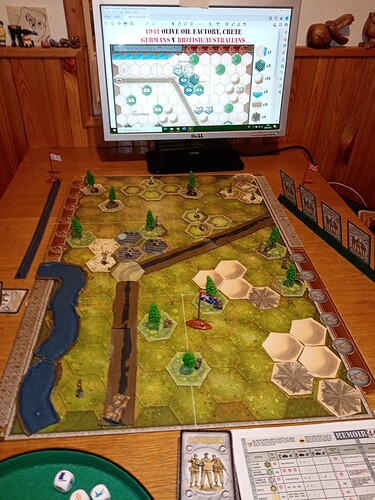 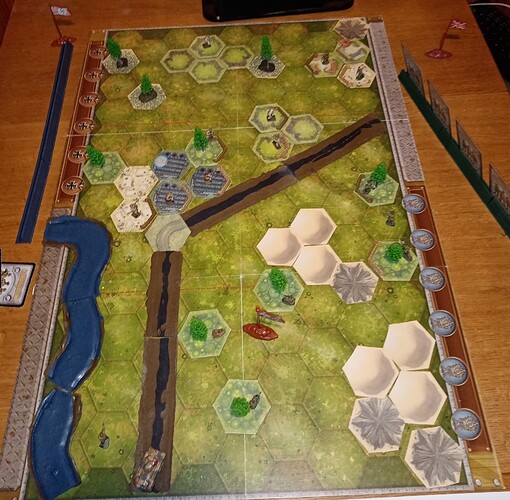 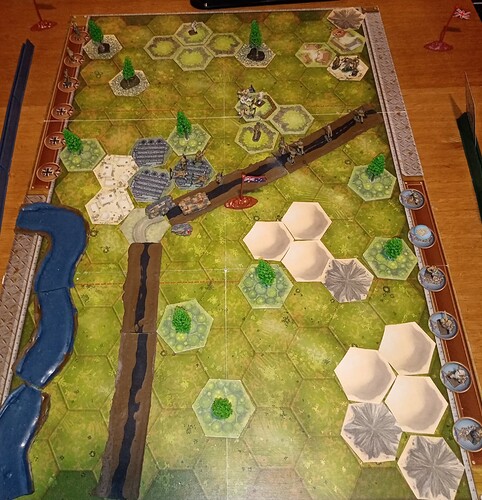